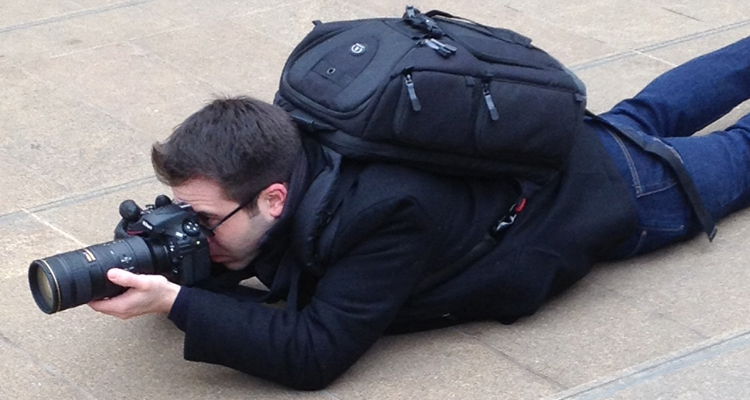 What is in My Bag for Fashion Week?

One of the great things about shooting photos for a major fashion show, like the ones held at Lincoln Center, for New York Fashion Week, is that you don’t actually need to bring a lot of equipment with you. I tend to pack rather light. During Fashion Week, you’ll spend a lot of time waiting in line for things, so I don’t want my backpack weighed down with a lot of items that I just don’t need. Below, I will list all the equipment that I use when I am shooting a fashion show. After that, I’ll explain what I like and don’t like about the equipment that I use, as well as what equipment that I would like to use in the future.

The D800 is a great camera, and it has served me well over the last couple of years. I have brought it to just about every fashion show that I’ve ever attended. My favorite thing about this camera is the image size. It basically allows you to crop a photo down to practically infinity. So if I am positioned really far away from the stage, or if my best shot of the model was taken while she was at the beginning of the runway, I can crop the photo in really tight to make it seem like the shot was taken much closer to her.

My biggest frustration with the D800 is with its buffer. The D800 can shoot 4 frames per second but when shooting in raw, it limits you to about 16 shots. That means that after 3-4 seconds, I have to wait until the buffer has cleared before I can take any new shots. So I have to be very selective about when I click the shutter. I’ll typically shoot a few bursts of 3 shots for each model while they walk the runway. So I’ll shoot 3 shots, wait a few seconds, then repeat until my buffer fills up. Then, I’ll wait until the next model walks the stage.

This is my go-to lens. I’ve used it for every show that I’ve ever shot, and I don’t have a single complaint about it. It’s amazing, and is the perfect lens for shooting a fashion show, in my opinion. I can zoom in on the model when they are at the beginning of the runway, and zoom back out as they get closer.

The battery grip isn’t really 100% necessary but I like to bring it with me because it makes shooting a fashion show a bit more comfortable. The photo pit can be a bit cramped, and since I am shooting a show almost entirely in portrait mode, the battery grip makes it so that when I am shooting, my elbow isn’t raised. That means that I don’t get in other photographers’ shots, and I don’t need as much elbow room.

When I tell people that I bring a tripod with me to the shows, they usually ask me why I don’t bring a monopod. A monopod would certainly be lighter, and easier to carry, but to be honest, I don’t own one.

When I shoot a fashion show, I collapse the legs of my tripod so that it works just like a monopod. It works really well that way, although it is admittedly a bit heavy. I will probably upgrade my tripod, or purchase a monopod soon, but in the meantime, I’ve been pretty happy with this setup. My tripod has actually come in handy in the past, when I’ve needed to stabilize my camera for whatever reason.

When I shoot a show, I’ll typically leave with 300 – 400 shots. With the D800’s 36 Megapixel sensor, that means I need a pretty big card for each show. I usually carry 6 – 8 32GB cards with me to fashion week for each day. That is usually more than I need, but I’d rather have the cards just in case.

I always bring extra batteries and a charger with me. If I have to shoot shows all day. It’s better to be safe than sorry.

The photography pit can be a bit cramped, and you never know who or what will be in front of you. So it’s important to have the option to go a bit higher if you can. Most photographers bring a small (and sometimes large) step stool (sometimes called a turtle) with them just in case they have to get above the person in front of them.

If you need to submit your photos to an editor immediately following a show, you’ll definitely need to bring a laptop with you. I use a MacBook Pro, and it does a fantastic job, even with the large file sizes of the Nikon D800.

I don’t find Photoshop all that useful for editing photos after a show, but Lightroom is amazing at it. As I said earlier, I might shoot 400 shots in a show, and Lightroom allows me to easily flag my best shots, edit them, and then export them at the right size.

This is the bag that I bring to the shows. It has served me well over the years but I would suggest getting a roller bag. You’ll spend a lot of time standing in line at a show, and a heavy backpack will hurt you after a while.

In a perfect world, I would certainly make a few changes to the gear that I use while I shoot runway shows. Here is a list of the gear that I would love to add to my bag.

This is essentially the perfect camera for shooting fashion shows. While it doesn’t have the megapixels that the D800 has, it makes up for it in speed. At 11 frames per second, you’ll never have to worry about missing a shot.

I’m still not sure whether or not I’d rather have a tripod or a monopod with me during a show. I do like having the idea of having a tripod with me, just in case, but it is also nice to travel light. Either way, I’d love to purchase a new Really Right Stuff carbon fiber tripod or monopod one day. My Manfrotto tripod is actually very heavy, and I’d love to lighten my load just a bit.

I’ve never actually used this bag, but I’ve heard great things about it. So it will likely be my next bag purchase.

Obsessed With Tulle: Behind the Scenes With Photographer Sarah Silver