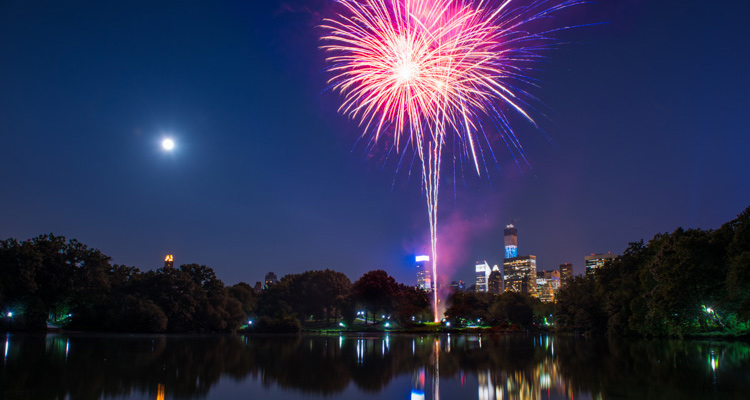 I absolutely love to shoot photos of fireworks! I love the beautiful colors, I love how no two fireworks shots are alike, and I really enjoy scouting out the perfect location. For the last couple of years, I have been dying to shoot some really good fireworks photos in Central Park. As you know, Central Park is my favorite place in the city to shoot. So getting a good fireworks photo was pretty important to me.

The first time I tried to shoot Central Park fireworks photos was on New Year’s Eve last year. Each year, the New York Road Runners host a race in the park at exactly midnight. So last year, instead of going to some big party, I dragged my wife through the woods, in the freezing cold, to set up near the Central Park Boat House. What I didn’t know at the time was that the fireworks were going to be exploding directly above our heads. It was an amazing experience to be pretty much alone in the woods with what felt like our own personal fireworks show happening right above us. Unfortunately, my lens wasn’t wide enough and my photos didn’t turn out the way I had planned. 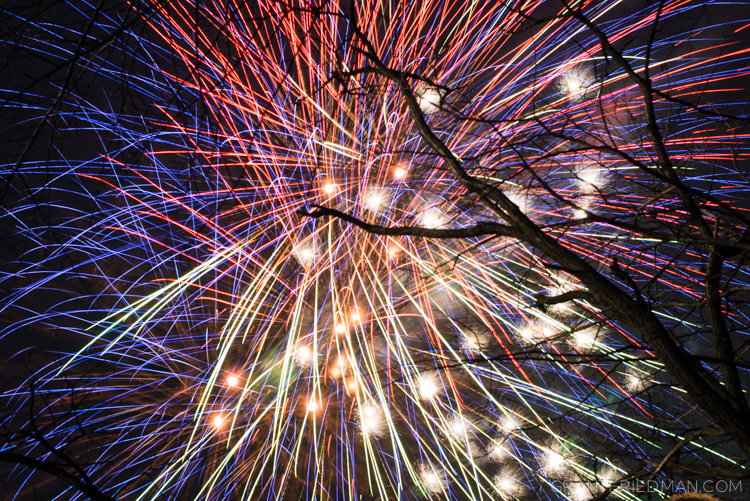 Since my New Year’s Eve photos didn’t turn out the way I had hoped, I kept my eye on the calendar, making sure that I didn’t miss my next opportunity. Aside from NYE, there are a couple of other fireworks displays in the park. Each year the New York Philharmonic hosts a couple of performances in the park. They celebrate the end of each performance with a short fireworks display.

The nice thing about this display is that the park isn’t quite as crowded as it is on New Year’s Eve, and the weather is much more tolerable. I did my research this time, and learned that the fireworks would be set off on Cherry Hill.

I knew that I wanted to shoot my photos near the water. I wanted to take advantage of the reflection in the water that could result. There are only a few places in the park where this would be possible. By the pond near the Belvedere Castle, at the far end of the Reservoir, near the Gapstow Bridge, or near the Ladies Pavillion on the far side of the Boat Pond. Ultimately, I decided to set up there. I thought that the other locations would be too far away, or would be obstructed by trees.

I set up about an hour early next to one of the benches by the shore of the pond. When the fireworks began, I recomposed my shot and began shooting photos with my D800 and 24-70mm lens. Here was my favorite photo from that night. I was really happy with how it turned out. I was hoping to get a chance to shoot some more fireworks photos a couple of days later for their second performance but unfortunately, it was rained out. 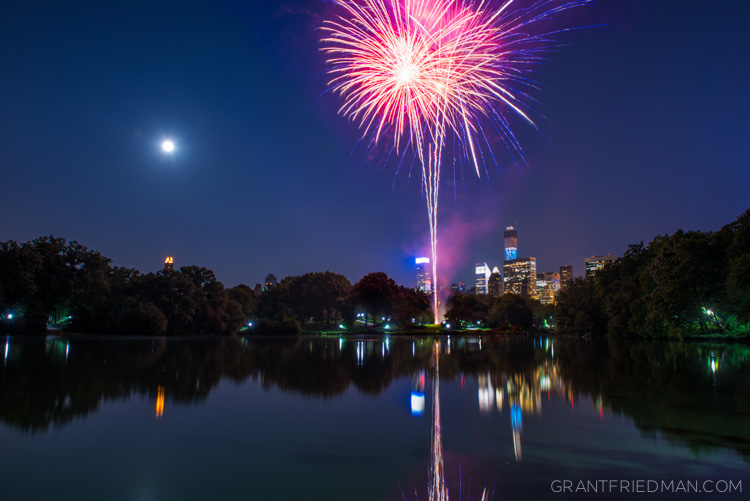 The Top 10 Most Important Tools to Learn to Master Photoshop