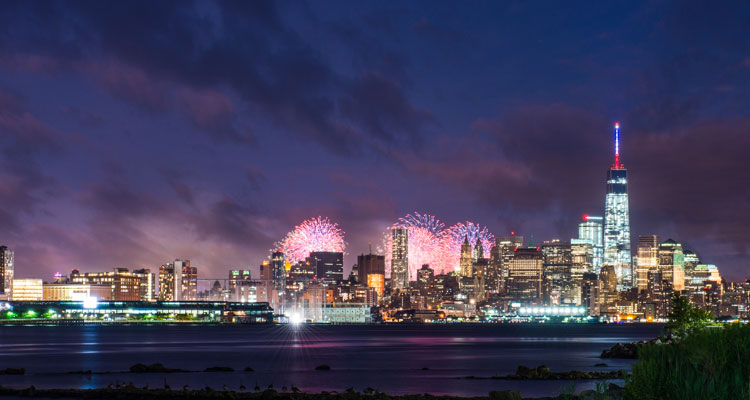 On July 4th, my wife and I took a ferry across the Hudson River to celebrate Independence Day with some friends that live in Weehawken, New Jersey. For the last 5 years, New York City has held their fireworks display over the Hudson River, but this year, they decided to shoot off the fireworks close to the Brooklyn Bridge over the East River. While that was certainly bad timing for me as a photographer, I decided to make the most of it and bring along my camera and tripod, just in case.

Around 7:45 PM, I made my way to the riverfront and set up my camera to shoot a few shots of the New York skyline. My hope was that when the sun went down, I would be able to see the fireworks from my vantage point and shoot a few photos of the fireworks going off above and behind the buildings.

While I waited, I continued to shoot several shots of the Manhattan skyline. We had some heavy rain in New York that day, so the sky was filled with some beautiful, dramatic clouds, and I did not want to miss them. Since the sun was setting behind me, it was reflecting some really harsh flares off many of the glass buildings, so I had to wait a while before the light was just right. By the time the sun had finished setting, I had taken plenty of beautiful shots of the city.

Since I was set up on the west side of the Hudson, and really far uptown, I wasn’t sure if I would be able to see any fireworks. Around 9:20 PM, I looked downtown and saw a few fireworks exploding above lower Manhattan. I picked up my tripod, and ran as far down the riverfront as I could, zoomed in as far as my 24-70mm would let me and did my best to capture some fireworks photos, as well.

Here are a handful of my favorite shots from July 4th, 2014. 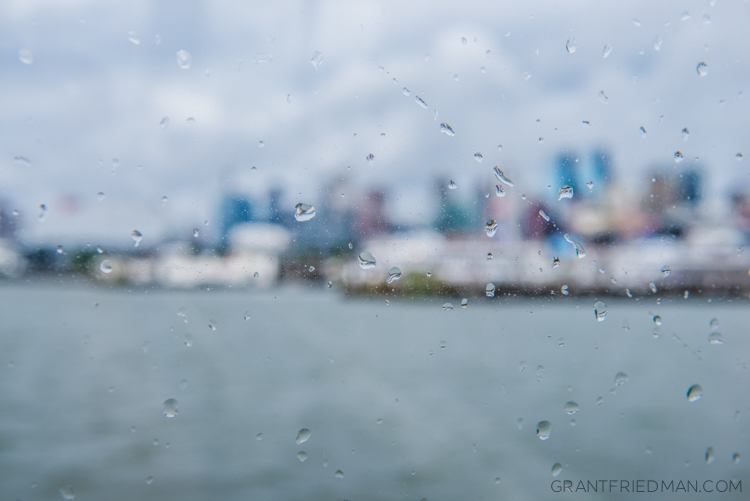 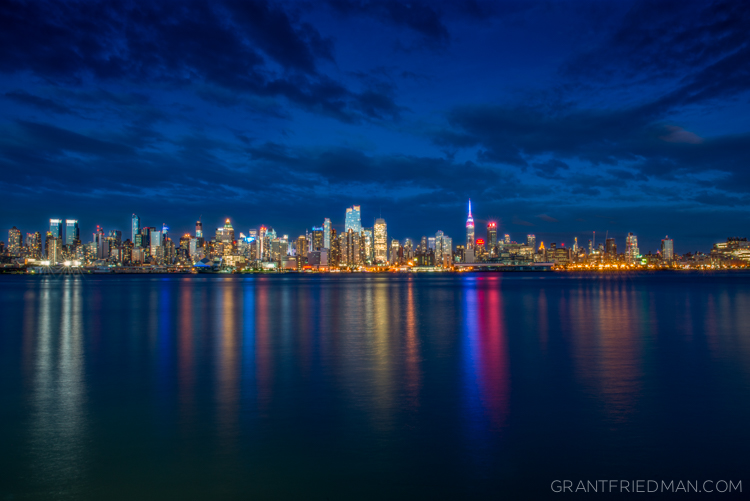 Purchase a Print of West Side of Manhattan Skyline at Night 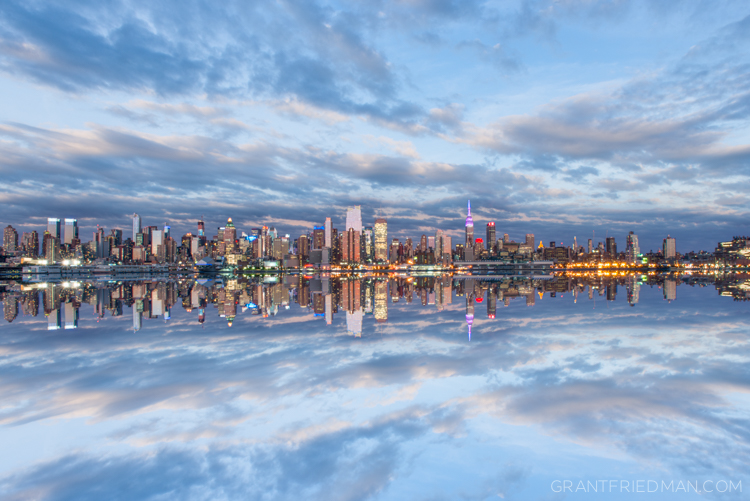 Purchase a Print of Manhattan Skyline at Dusk 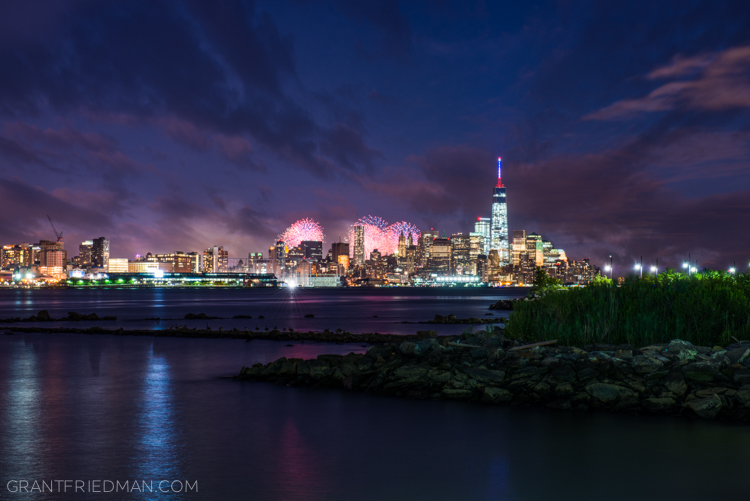 How to Supercharge Your Vacation Photos

How the New Smart Guides Feature in Photoshop CC Works