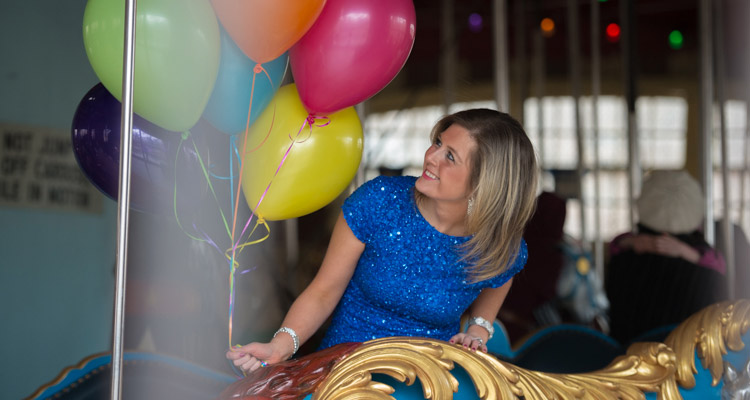 Behind the Scenes: My Latest Photo Shoot With Sleepless in Sequins

While most people know me as the Photoshop Editor for Tuts+, many of you may not know that I also share a blog with my wife Hallie, called Sleepless in Sequins.

Sleepless in Sequins is a fashion blog that my wife and I started just over a year ago. My wife has been working in the fashion industry in New York City for almost 10 years now. When my wife and I met, she learned pretty quickly how interested in blogging and social media I was, and it eventually began to rub off on her.

We had talked about starting a fashion blog for a couple of years but didn’t really take the idea seriously until I started to become more interested in photography. Once that happened, everything started to fall into place. We came up with a name, set up a blog, and started producing content.

When the first anniversary of our blog approached, Hallie and I knew that we wanted to do something really special to celebrate. We started throwing ideas around, and eventually, we decided that our photo shoot should have a birthday party theme, obviously!

We bought a birthday cake, some champagne, a few decorations, and a whole bunch of balloons, and set out early on a Sunday morning to shoot some photos. Hallie had picked out a beautiful sequin dress for the photo shoot. I am sure that we looked ridiculous walking around SoHo at 8 a.m. on a Sunday morning, but hey, it’s New York, stuff like this happens all the time, right?

After shooting some photos in SoHo and Tribeca, we decided to head uptown toward Central Park to shoot a few photos there. My idea was that the Central Park Carousel would make a great backdrop.

After shooting in Central Park, we headed back home for cake and champagne. It was time to celebrate! And by celebrate, I mean shoot some more photos.

I knew that I wanted at least one photo of Hallie blowing out the candles on her birthday cake. So we waited for the sun to go down, set up a curtain of silver streamers in the background, and lit the scene using only candlelight. I shot the photo at ISO 2000, f/2.8, and at 1/100th sec.

If you would like to see some more photos from this photo shoot, go take a look at the full post on Sleepless in Sequins. 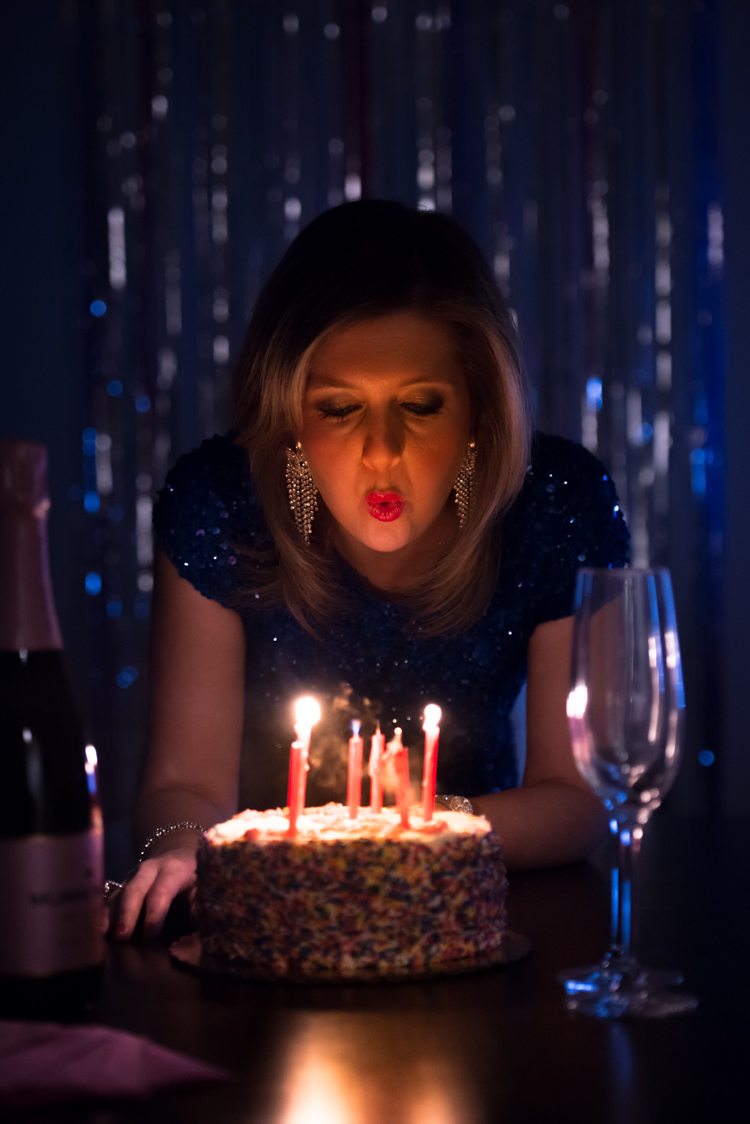 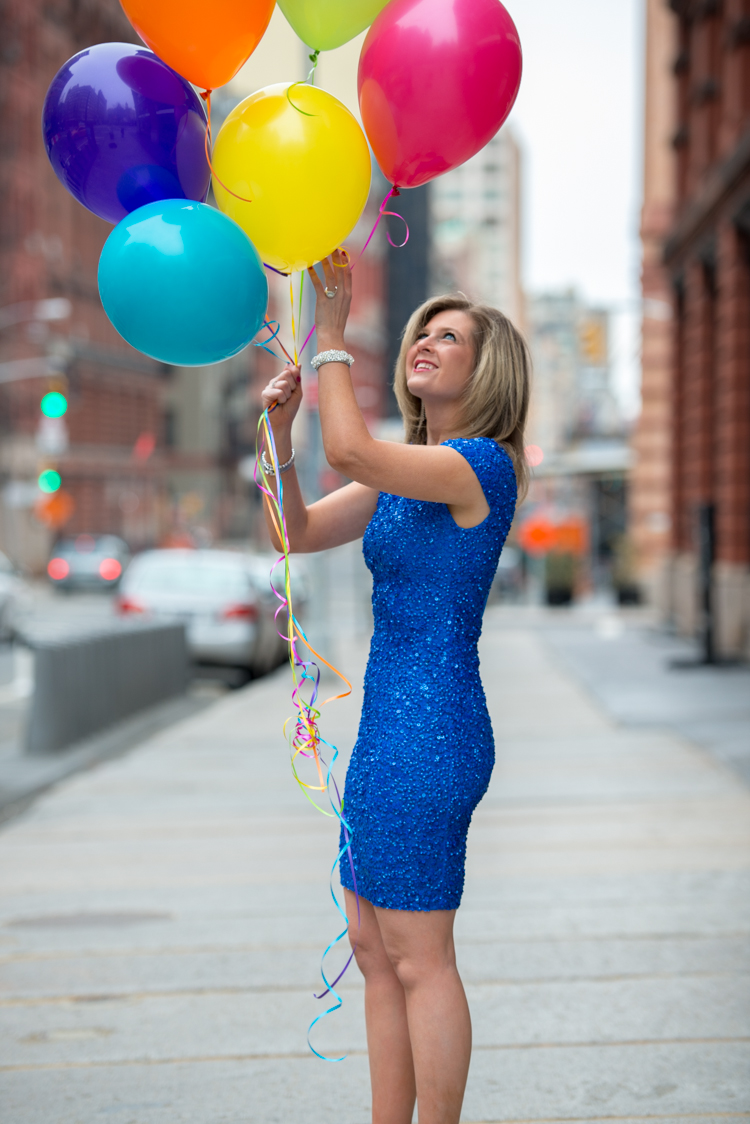 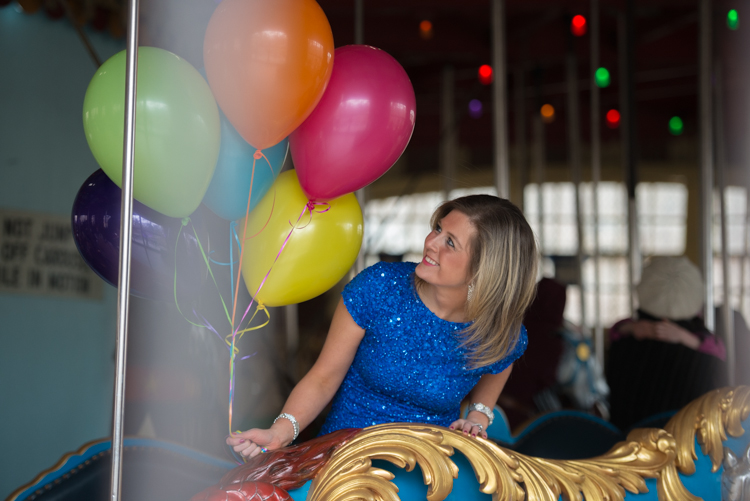 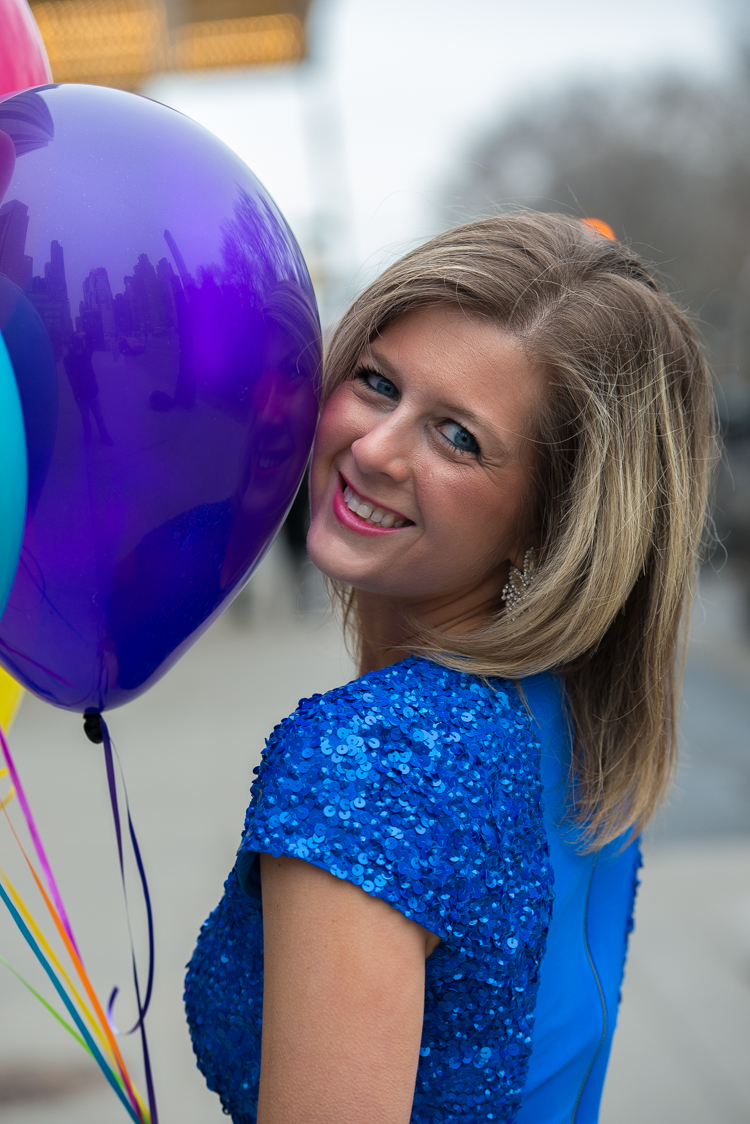 To see the rest of the photos from this series, visit Sleepless in Sequins.

“Wandering” Around SoHo With Rachel Dickinson