Warning: "continue" targeting switch is equivalent to "break". Did you mean to use "continue 2"? in /nfs/c06/h04/mnt/186303/domains/grantfriedman.com/html/wp-content/plugins/revslider/includes/operations.class.php on line 2254

Warning: "continue" targeting switch is equivalent to "break". Did you mean to use "continue 2"? in /nfs/c06/h04/mnt/186303/domains/grantfriedman.com/html/wp-content/plugins/revslider/includes/operations.class.php on line 2258

Warning: "continue" targeting switch is equivalent to "break". Did you mean to use "continue 2"? in /nfs/c06/h04/mnt/186303/domains/grantfriedman.com/html/wp-content/plugins/revslider/includes/output.class.php on line 2941
 BTS Archives - Grant Friedman

Like many photographers, I have been intrigued with Sony’s line of A7 Mirrorless Cameras. While I love to shoot with my DSLRs, the idea of using a small, more compact camera that boasts many of the same features as my DSLR is very appealing. So when Sony recently released their new A7RII camera packing 42 megapixels and internal 4K video with the option of also shooting at 120fps, I knew this was a camera that I had to try.

END_OF_DOCUMENT_TOKEN_TO_BE_REPLACED

One of the first things I do when I arrive on set to shoot behind the scenes photos is to stake out the studio and see how things look. Everything in the room affects how my photos will turn out, so for me, it’s important to see how things take shape before I start to shoot. How many people are on set? How large is the space? What does the lighting set up look like? And are there any props that are being used on set? These are all things that I take into consideration.

END_OF_DOCUMENT_TOKEN_TO_BE_REPLACED 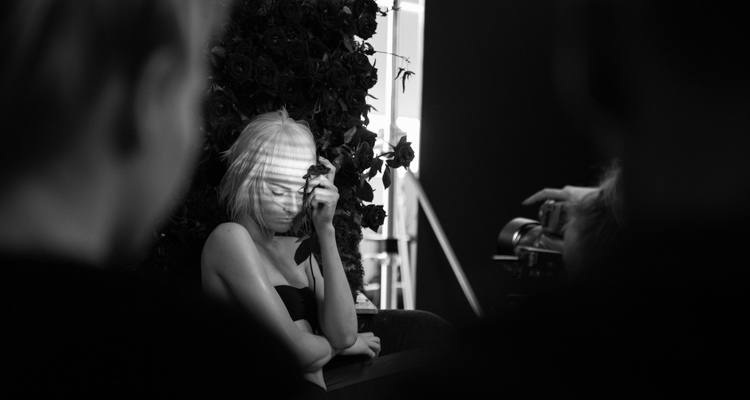 Back in January, I had the opportunity to shoot some behind the scenes photos for photographer Sarah Silver, for an article that I wrote on Tuts+. In that article, I talked with Sarah about the process of shooting photos for a dance company. It was fascinating to be able to witness the photo shoot, and I loved being able to interview Sarah, and then share some of her process with all of you.

That is why I was excited when Sarah invited me back to her studio back in May to shoot some more behind the scenes photos for another project that she was working. Her amazing team included Makeup Artist, Vincent Oquendo, Art Director, Danielle Von Braun, Hair Stylist, Andre Cueto Saavedra, Manicurist, Kelly Baber, and model, Basia Szkaluba, as well as many others.

I loved being able to help tell the story of this photo shoot from beginning to end. It takes a lot of work to make a photo shoot like this happen, and everyone has a role. The hair and makeup team, the prop stylists, the model, as well as Sarah’s production team work closely together to make sure that everything is perfect, and that no details go un-noticed.

The final images from this photo shoot can now be seen on the cover, and inside of Issue No. 82 of Magpie Darling.

END_OF_DOCUMENT_TOKEN_TO_BE_REPLACED 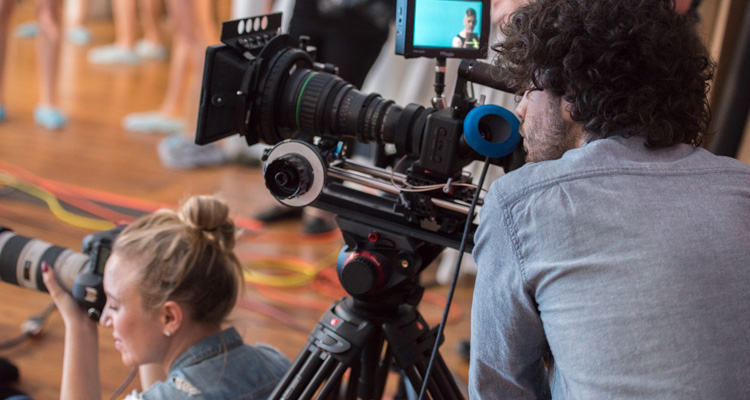 Recently, I had the opportunity to shoot behind the scenes photos for Sarah Silver during her photo shoot with the Stephen Petronio Dance Company. I met Sarah at an Adobe event announcing the launch of Photoshop CS5 a few years back, and have grown to respect and admire the work that she does. Needless to say, I was really excited to have the opportunity to not only shoot some behind the scenes photos for her, but to also interview her about it for Tuts+, as well.

Sarah has been shooting the Stephen Petronio Dance Company for the last 13 years. In fact, Sarah first shot the Stephen Petronio Dance Company for her graduate thesis at the School of Visual Arts (SVA) back in 2001. This was also a very special photo shoot, as this year, Petronio celebrated his 30th anniversary season, beginning April 8-13, at the Joyce Theater in New York City.

Below are a few of my favorite behind the scenes photos from the photo shoot. If you would like to see some more photos, or learn more about the photo shoot, take a look at the full interview I did with Sarah for Tuts+, which also includes the final imagery from the shoot, as well.

END_OF_DOCUMENT_TOKEN_TO_BE_REPLACED 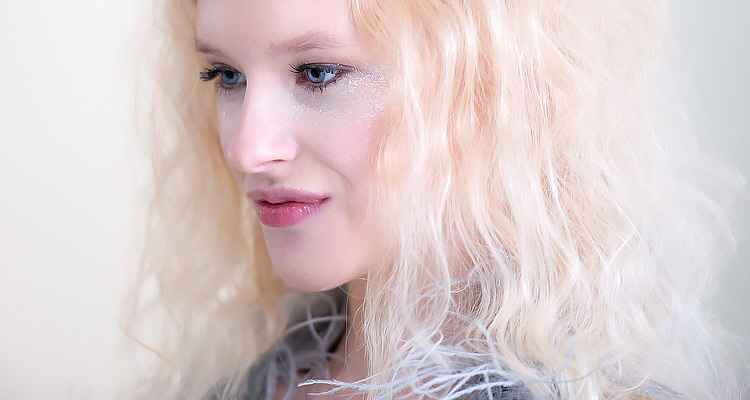 This season, Hallie and I had the opportunity to attend several Fashion Week events throughout the city. My wife and I love fashion week. It’s such an exciting time to be in New York. There is so much creative energy in the air, as a photographer, I just can’t help but to be inspired, and I know, my wife feels the same way.

Fall/Winter 2014 was my third season shooting photos during NYFW, and I had the opportunity to shoot 6 shows over the course of the week. As a relative newcomer to NYFW, I’m still learning the ropes, but with each season, I learn something new.

The first time I shot a show at NYFW, I was completely unprepared. All I had was my camera and a kit lens. I didn’t realize what I would need to shoot the show properly. As I shot more shows, however, I tried to pay attention to what the other photographers were doing. While most of them didn’t carry a crazy amount of gear with them, I noticed that most of them shot with a long lens, were stabilized with at least a monopod, and many brought step stools with them, just in case they needed to shoot over someone’s head.

By this season, I felt I had the process pretty well in-hand. I shot the shows with my Nikon D800, had upgraded my kit lens to a 70-200mm f/2.8 lens, and was using a monopod to stabilize. In addition, I also shot my photos using continuous auto focus (in 3D mode) so that I wouldn’t miss the focus as the models walked towards me. This all helped me to get better photos.