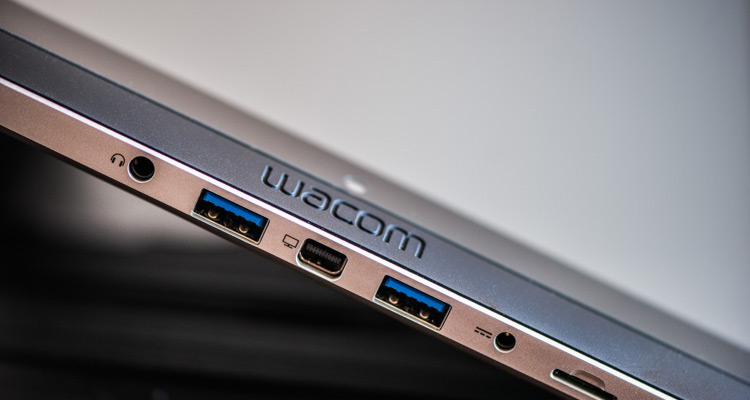 Review of the Wacom Cintiq Companion

If you know me well, you may have seen me rant once or twice about people’s obsession with wanting to perform design-related tasks on their iPads. The iPad is a fantastic tool for consuming information. It is beautiful, intuitive, and easy to use. It’s a great product, and I own two of them. The problem is that it is not a very efficient device to create on. It doesn’t have a full keyboard, can’t run full versions of Photoshop, Illustrator, or Lightroom, and doesn’t include any ports for things like USB devices or SD cards.

That is why I have been begging software developers, and hardware manufacturers to build something that designers and photographers can actually use, a tablet with a great HD touch screen, a keyboard, a USB port, an SD port, and most importantly, a tablet that can run full versions of Adobe Photoshop, Illustrator, and Lightroom, or any other application for that matter.

So I was excited when I saw a mysterious Facebook message on Wacom’s page, a while back telling us that they were working on a “dream device” and that it would be available soon. I waited, and waited, and waited, until finally I saw an announcement from Wacom that they were releasing the Wacom Cintiq Companion, a 13 inch, Windows 8-based tablet that had all the features I wanted in a tablet device. I had to test it!

It took me a while but I finally got my hands on one to review back in March, boy was I impressed. This tablet did everything that, as a designer and photographer, I have ever wanted in a tablet device. It had a big screen, it included a Wacom pen, supported pen pressure sensitivity, could install full versions of Photoshop, Illustrator, and Lightroom, had all the ports that I needed, a keyboard, and could even be plugged in to an external monitor.

As some one that wears a lot of hats, I have a design background, but I also shoot photography, and write a lot. Portability is everything. I love my Macbook Pro, it’s a great machine, but I don’t really want to carry around a Macbook Pro and a Wacom tablet, when I could just carry around a Wacom Cintiq Companion. I love OSX, but Adobe products work exactly the same way whether I’m on a Windows machine or a Mac, so a Windows operating system is something that I can tolerate, especially given the capabilities that a Wacom Cintiq offers.

During my review, I had a chance to work with it for quite some time over the one-month period I had access to it. For photography, the device was awesome! I was able to plug an SD card reader into the USB port to transfer photos from my Nikon D800, and tether the device to my camera, as well. When transferred to the Companion, Lightroom didn’t have any problems loading or editing the 36 Megapixel files (40MB each). In addition, I had no problem opening up the images in Photoshop to make more complicated edits. Here is an example of a photo that I was able to edit with the Companion. It did a great job getting into those small spaces to whiten up the snow. 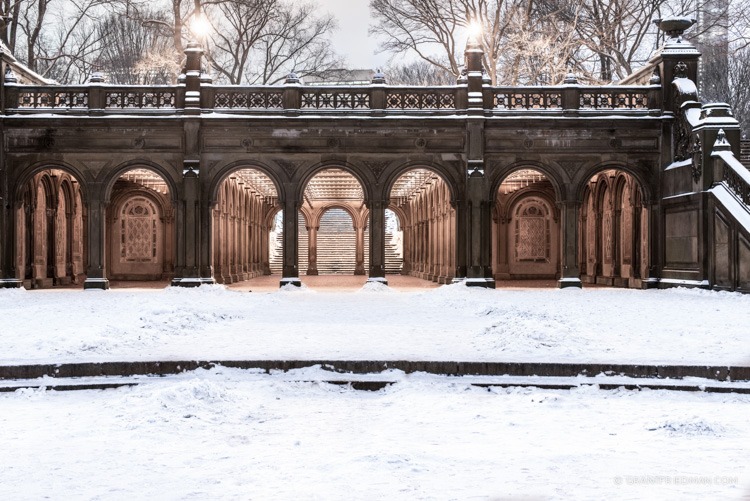 For illustration, I have to admit that I am by no means a talented illustrator. My scribbles are quite primitive compared to some of the illustrators that I worked with at Tuts+. With that said, I found sketching and drawing on the device to feel quite natural. I didn’t notice any lag at all while sketching on this device in either Photoshop or Illustrator.

I will say that I did have a couple minor issues with it. First of all, I am an Apple user, so using the Windows 8 device was a bit frustrating for me, but that’s nothing that can’t be solved by watching a few Windows 8 tutorials on Youtube.

In addition, some of the port and button placements were just a bit awkward for me. For instance, I would often turn off the machine by brushing up against the power button. I was able to resolve this by simply flipping the machine upside down to sketch from a different angle.

Finally, I also felt that some of the ports were just a bit too close together, and struggled, at times, to connect all the devices that I wanted to it. With that said, none of those issues would turn me off from purchasing one of my own.

As you might have noticed, I’ve thought a lot about using a tablet device in my workflow. As some one that works remotely, I have been looking for a device that will allow me to do my work from anywhere, without have to bring a lot of gear with me. Wacom has done an outstanding job developing this device. It’s a game changer for anyone that travels a lot but still needs the same tools that they have in the studio.

At the same time, it’s also a fantastic device for any artist that is just looking to go to a coffee shop, or sit in a nice shaded area of a park to sketch. If you are some one that is growing tired of waiting for Apple to release a tablet device that will do everything you need it to do, I would take a serious look at the Wacom Cintiq Companion.

With that said, at $2,299.00 the Wacom Cintiq Companion is not cheap. It’s an expensive piece of gear that is built for professionals. So make sure that this device is right for you before you invest your money.

Disclaimer: The Wacom Cintiq Companion that I reviewed in this article was loaned to me by Wacom for a one-month period. I have since returned the device, and I was not paid in any way for my opinion. 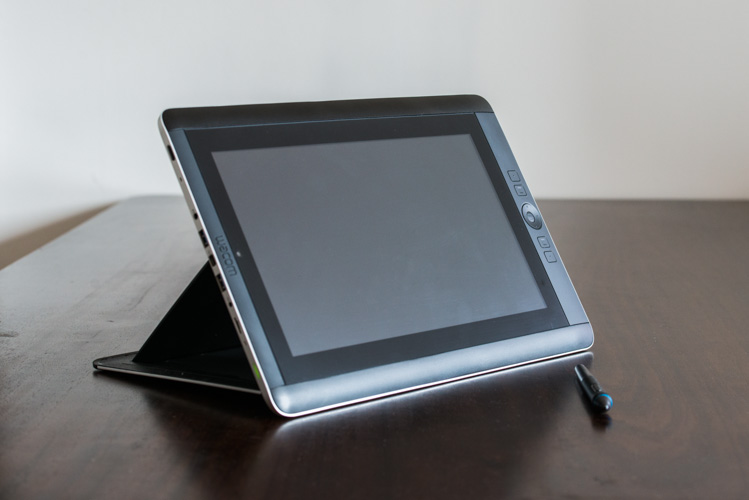 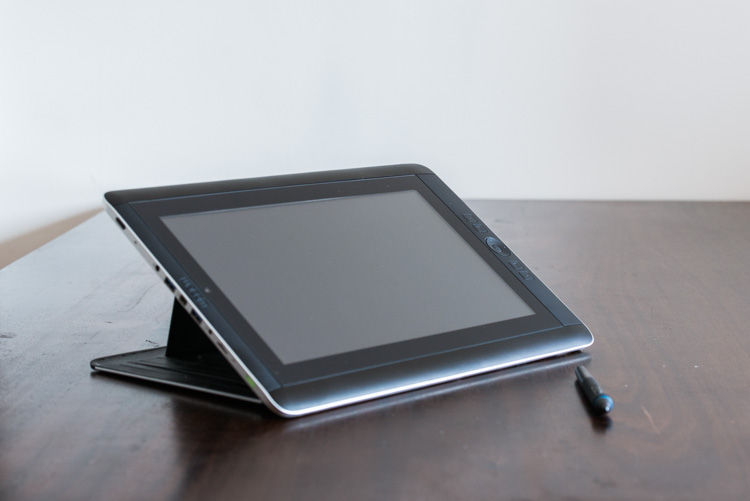 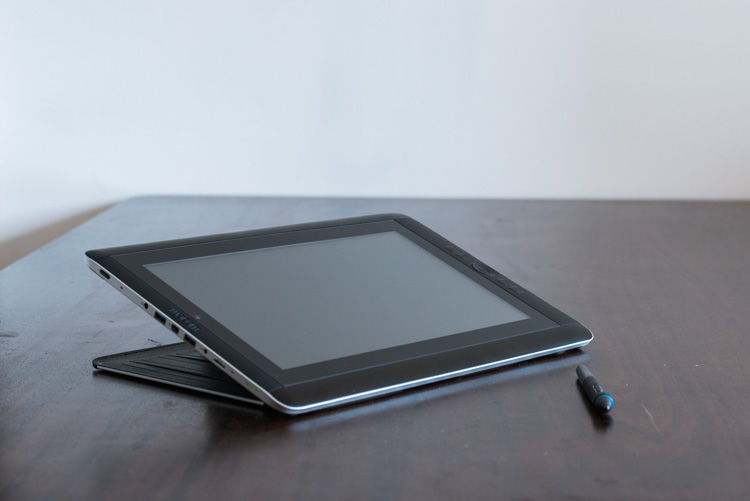 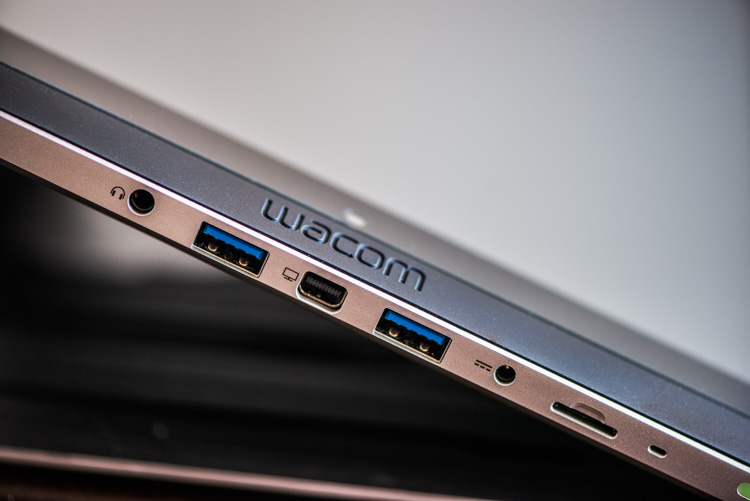 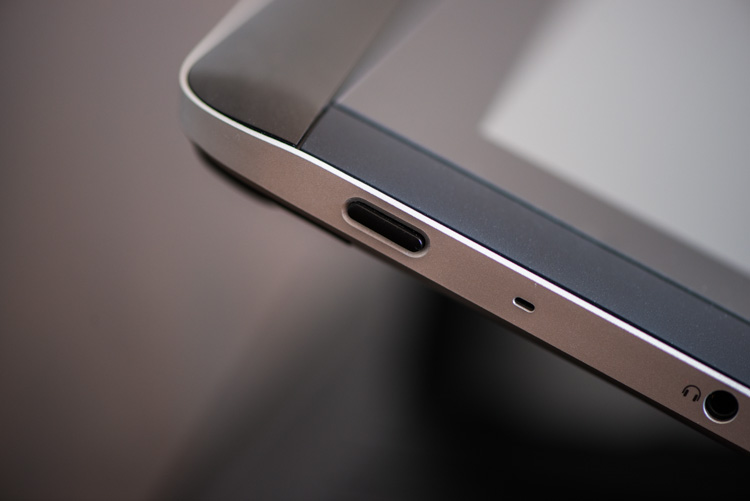 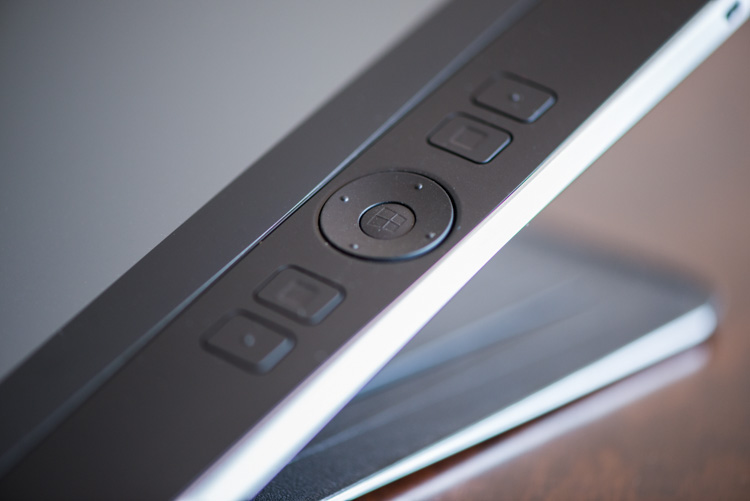 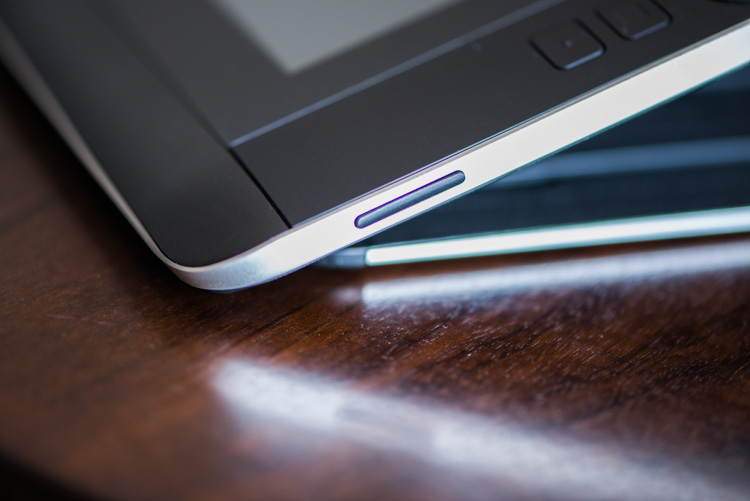 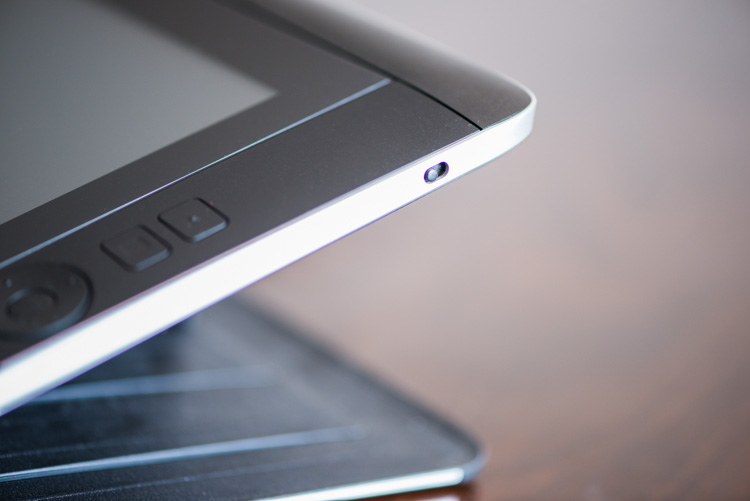 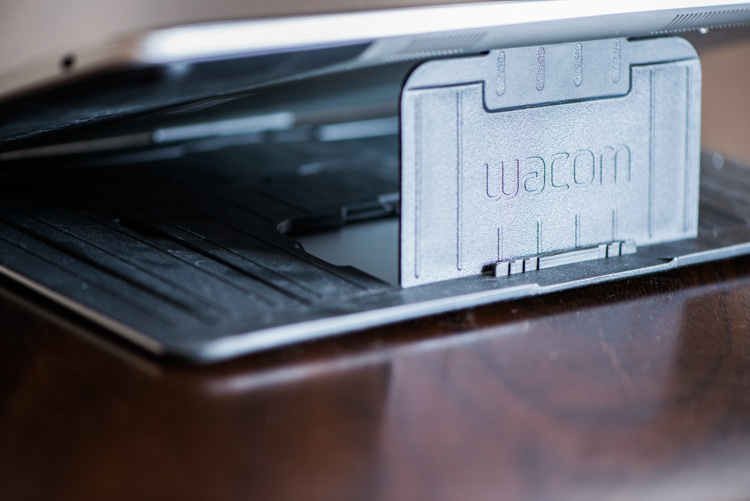 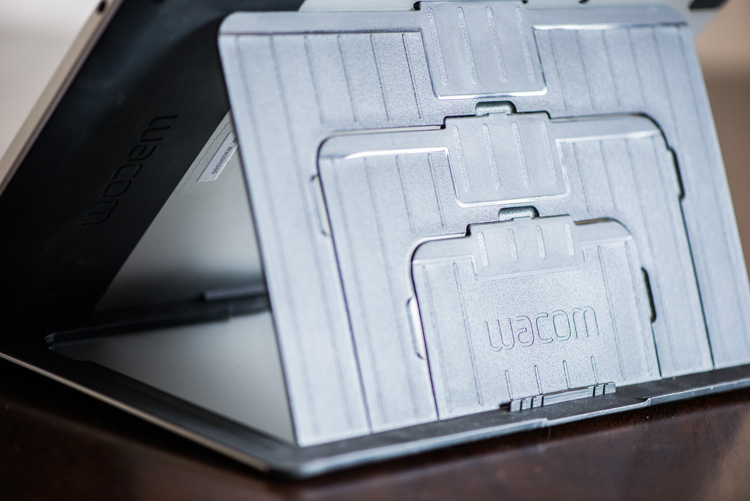 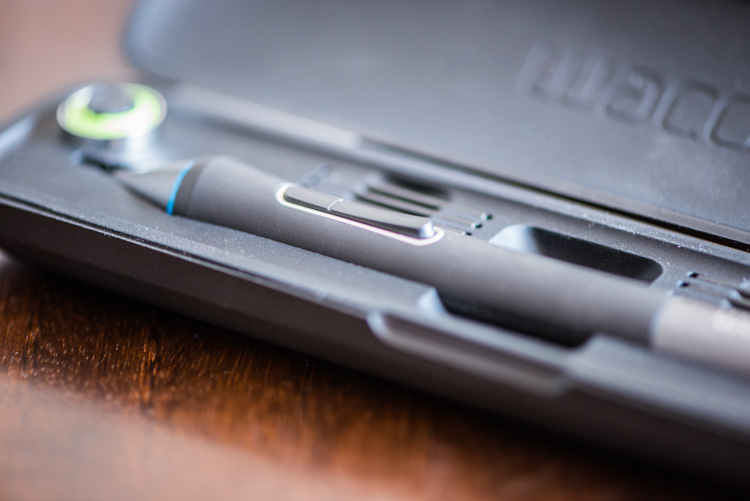 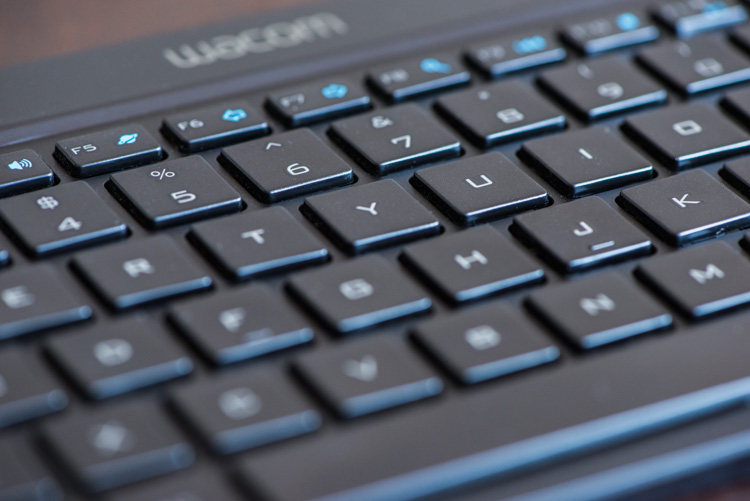 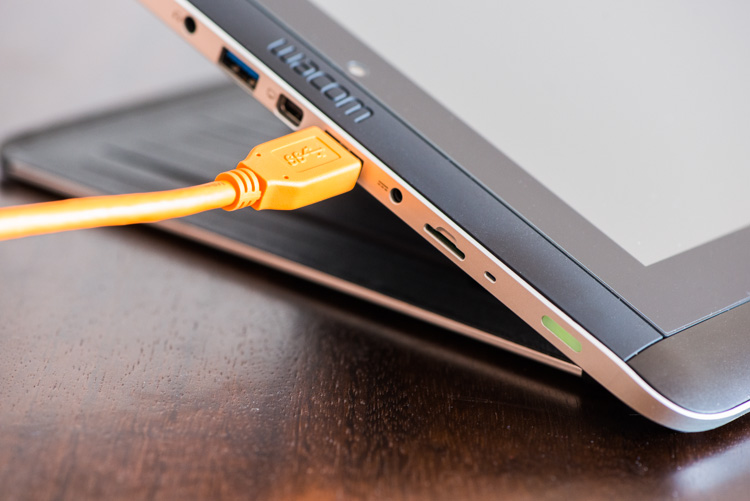 Quick Tip: How to Use Adaptive Wide Angle to Straighten Lines